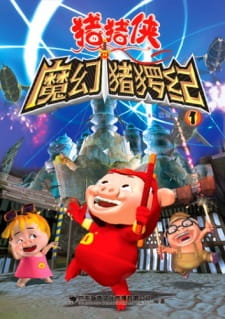 Summary: The "first" season of Zhu Zhu Xia, its release format set the pattern and story style for later seasons. GG Bond was a martial artist pig in a prehistoric world where resources are strained by overpopulation. At the cost of his own life, he entrusted a powerful "Magic Wisdom Ball" to Wang Xiaoer that could be used to save the environment. Wang Xiaoer instead used the ball for his own gain. When G.G. Bond is reincarnated and sees what Wang Xiaoer has done, he knows it is up to him to fix the problem, no matter what Wang Xiaoer tries to do to stop him.

SUB | Ep 1
Ghost in the Shell: The New Movie