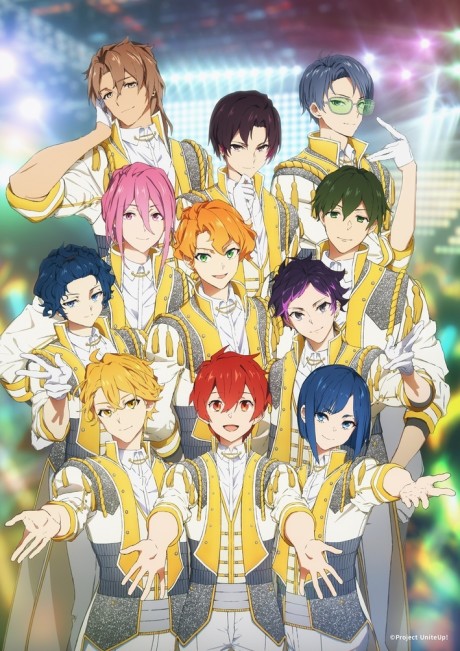 Summary: The anime's story centers on Akira Kiyose, who sings on a video streaming site under the singer name "KIKUNOYU." One day the talent agency sMiLea Production scouts him. sMiLea is an agency founded by the retired legendary idol pair AneLa to train new budding idols. Akira then forms an idol group with Banri Naoe and Chihiro Isuzugawa, who were also scouted. Their new group, Protostar, will have their debut alongside other new idol groups with sMiLea Production: Legit and Jaxx Jaxx.