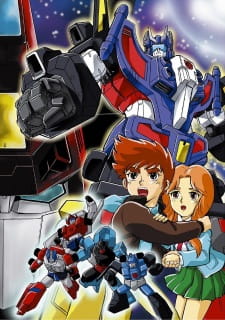 Summary: Set in 2025 A.D., Transformers Victory introduces Star Saber, the mightiest Autobot warrior and the greatest swordsman in the galaxy. Following the defeat of the Decepticons on Earth in the Masterforce War, the villains have begun aggressively attacking other planets in the universe. To counter this threat, the Autobots joined with many other civilizations and lifeforms (including Humanity) to form the Galactic Peace Alliance, with Star Saber as its leader. Seeking the energy necessary to free his massive Planet-Destroying Fortress from imprisonment in the Dark Nebula where Star Saber sealed it years ago, the Decepticons' new Emperor of Destruction, Deathsaurus (Dezarus), attacks Earth with his Dinoforce, prompting Star Saber and his team to set up residence on the planet.

SUB | Ep 1
The Star of Cottonland