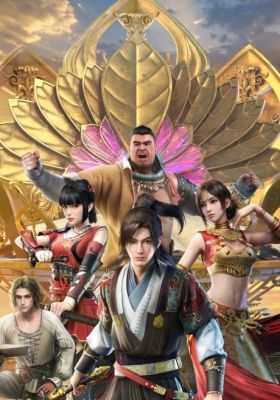 Summary: Recently, a long-length nautical fantasy novel titled "Whale Riding in the Four Seas" has blasted major online platforms such as Sina Weibo and Baidu Tieba. It is understood that "Whale Riding in the Four Seas" is a full-length nautical adventure novel created by the main creative team headed by Ma Boyong and produced by Bukong Culture. The novel was serialized online, first published on the Sina Weibo platform, and quickly reached the top of the original male essay list of the Asian Good Books List. The animation of the same name of "Whale Riding in the Four Seas" is produced by iQiyi Animation and is adapted from the original novel in 3D animation. Striving to restore the epic picture of sea adventure, it is expected to be officially aired in the summer of 2018.