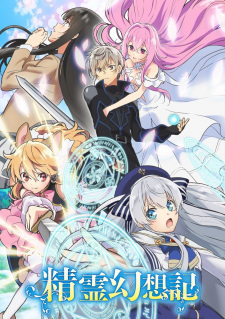 Summary: When 20-year-old college student Haruto Amakawa dies in a traffic accident, he does not expect to wake up in an unfamiliar world in the body of a young boy named Rio. As their memories and personas fuse, Rio realizes that he now also possesses magical powers. He is relieved to find that his burning passion for revenge against his mother's murderers has not subsided, despite his newly changed identity. Not soon after, Rio comes across the kidnapped princess of the Bertram Kingdom and saves her without hesitation. To express his gratitude, the king grants him the opportunity to enroll in the Bertram Royal Academy. Believing this to be a new chapter in his life, he is excited to study at this prestigious academy, but life here proves to be difficult for him, a slum-dweller surrounded by the majestic children of nobles.