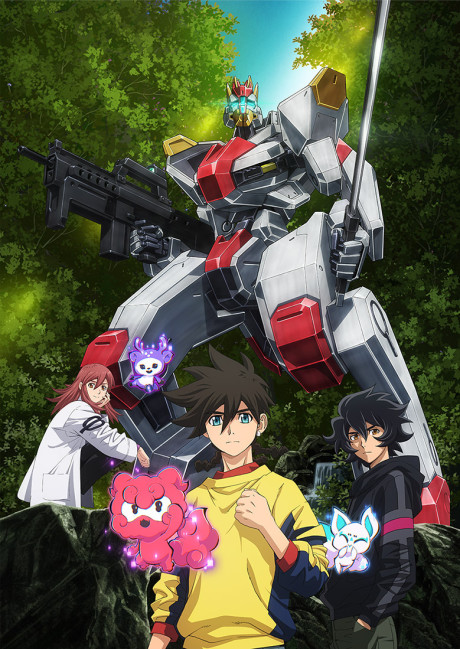 Summary: n the year 2061 AD, Japan has lost its sovereignty. The Japanese people spend their days as oppressed citizens after being divided and ruled by the four major trade factions. The country became the forefront of the world following the deployment of AMAIM—a humanoid special mobile weapon—by each economic bloc. One day, Amou Shiiba, a boy who loves machines, meets Gai, an autonomous thinking A.I. The encounter leads Amou to cast himself into the battle to reclaim Japan, piloting the AMAIM Kenbu that he built himself.