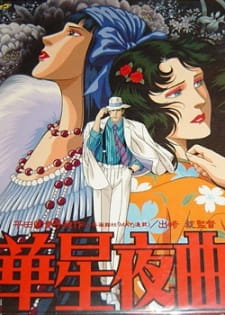 Summary: The story takes place in old Tokyo, the Tokyo of August-September 1923 (Showa 12). At this moment in time, the city is a mixture of extremes... past and present, rich and poor, good and bad. This is a city where we see both horsecarts and motorcars, swords and pistols, lords and businessmen. A wealthy woman from an upper-class family finds herself attracted to a handsome young man, Taka. He and his younger brother seem to be allied, perhaps not entirely willingly, with some of the city's criminal underground (Yakuza). The lady's lovely young maidservant, Sara, meets him too, and a conflict ensues which can only lead to tragedy, passion, and dishonor. But, as events move on, and the days pass, the viewer sees a terrible date coming closer... that unforgettable day of September 1, 1923, at 11:58, when the Great Kanto Earthquake and tidal wave struck Tokyo, causing the death of almost 100,000 people, one of the greatest disasters in human history.