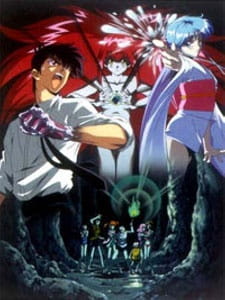 Summary: When Nube and his class arrive at a small island to carry out beach activities, they heard a forbodding tale from an old man residing on the island. Legend has it that there is a creature known as the sea spider in the open seas around the island. When the creature is past 200 years old, it will turn into a monster and devour humans to satisfy its appetite. However, curiousity kills the cat and Yukime decides to pursue the authenticity of the legend. And then, a girl suddenly appears on the beach. Possessed with a strange charm, she immediately attracts Hiroshi's attention and overcomes him. Soon later, strange things start to happen to the others whereby Kyoko and Ritsuko-sensei got attacked under strange circumstances. The true identity behind the mysterious girl is questioned and the legend behind the sea creature seems to be true after all.