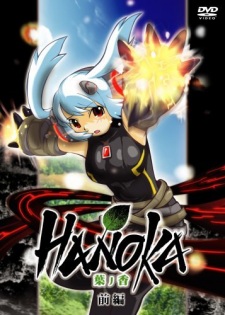 Summary: Years ago, extraterrestrials known as the Citizens of the Stars descended upon the planet of Tokinea and wreaked havoc on humanity. To fight back against them, the military developed the Majin project to create hybrids between humans and the Citizens of the Stars. With this combination of genes, they hope to exploit both the subservience of man and the powers of the alien. Majin no.7, a young girl kept under lock and key in a military base, is released after the Citizens of the Stars launch an attack. Despite possessing a plethora of abilities capable of effortlessly eliminating the enemy, she is burdened with doubt on the battlefield. However, when a boy named Yuuri tells her that she must fight to earn her freedom, Majin no. 7 is inspired by his courage and defeats the remaining Citizens of the Stars. The two decide to embark on a journey together, determined to find their calling in a time when humanity knows no peace.

SUB | Ep 1
Wake Up, Girls! Beyond the Bottom