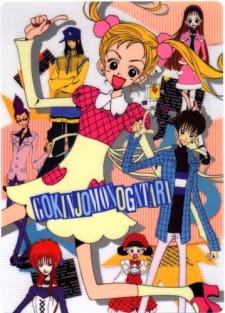 Summary: n alternate retelling of the beginning of the original series. Mikako and Tsutomu lived next door to each other since they were little. They both attend an art school, where Mikako is pursuing her dream of being a fashion designer. They formed a club called Akindo with several of their friends. Akindo participates in flea markets, where they sell their creations—clothes, dolls, and artwork.