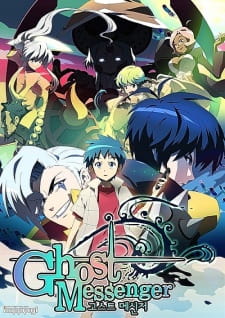 Summary: Ghost Messengers are super-power agents from the underground world called the World of Death. The World of Death is a digitalized world with cutting-edge technologies that control and manage the life and death of all living things based on its elaborate systems. Our Ghost Messenger hero, Kang-lim, has been dispatched to the human world to capture the remaining ghosts who are refusing to go to the World of Death although it is their time. An accident occurs during his mission and Kang-lim gets captured in his own mobile phone. Little Kang-lim, a human boy who has extraordinary spiritual powers, finds the mobile phone and takes GhostMessenger Kang-lim out from the mobile phone. And the adventure begins.

SUB | Ep 1
My Neighbors the Yamadas