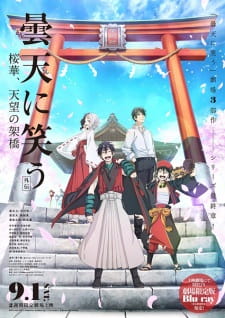 Summary: The three brothers discover that the human experiment banned after destroying the "Orochi", is still going on to secretly revive the evil snake. They also find out that some ex-members of the Yamainu (the Japanese military unit formed to kill the snake) are behind this conspiracy. The brothers fight together again in a battle against the military.

SUB | Ep 12
Merc Storia: Mukiryoku no Shounen to Bin no Naka no Shoujo