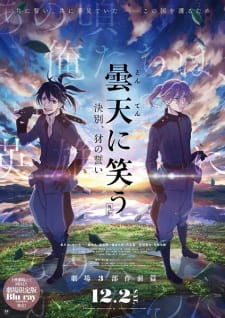 Summary: One year has passed after the great battle against the "Orochi" (gigantic snake). Tenka had been paralyzed from the final battle and he took part of the government's human experiment before the battle. Tenka withdrew himself from society, but his younger brothers, Soramaru and Chuutaro, find out the secret past about their older brother.

SUB | Ep 17
The Apprentices Are All Bosses